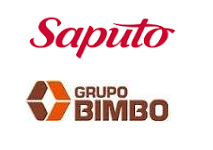 Mexico’s Grupo Bimbo has made another step towards strengthening its position in Canada, reaching an agreement to acquire, through its subsidiary Canada Bread Company Ltd, the total shares outstanding of Saputo Bakery Inc., a subsidiary of Saputo Inc.

Canada Bread joined the Grupo Bimbo business last February having been acquired from Maple Leaf Foods for C$1.83 billion (about US$1,655 million) as part of the company’s strategy to enter the Canadian market.

Saputo Bakery is the leading producer of snack cakes in Canada, with a brand portfolio that includes Vachon, Jos Louis, Ah Caramel, Passion Flakie and May West, among others, according to Bimbo. The company employs more than 640 staff and operates one production facility in Quebec.

Announcing the deal in a statement, Bimbo commented: “This operation will position Canada Bread for further growth in the country, complementing its current product portfolio, distribution network and manufacturing facilities”.

The transaction, which is subjected to approval by regulatory authorities, is expected to be concluded within the first quarter of 2015, the company said. The value of the deal is reported by Reuters to be C$120 million ($103 million).