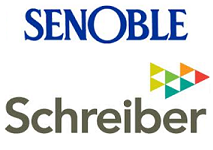 Senoble, a French producer of yogurts and desserts, is reportedly in negotiations to sell its two Spanish production facilities to the American firm Schreiber Foods.

The move would form part of Senoble’s strategy of moving away from dairy products and contract manufacturing and refocusing on its premium desserts business. At the end of 2014, the company divested its affiliate Senagral, a producer of private label yogurt and fromage frais, to the Agrial group.

Senoble’s two factories in Spain are located in Noblejas and Talavera, in the Toledo region, and manufacture dairy products for distributor brands. With 460 staff, the two facilities form the company’s largest operation outside France. Their disposal would mean that Senoble would cease to be active in the private label dairy business, LSA reports.