Mexico: Gruma plans to expand to Europe and Asia 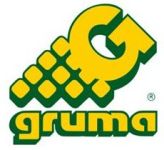 Gruma, the world’s leading supplier of corn flour and corn flour derivatives, has announced investments in acquisitions and in the construction of new production facilities as it seeks to expand its business.

The Mexican company is investing between $150 and $170 million as part of its expansion plans. This includes the takeover of the Spanish tortilla Mexifoods as well as the opening of new plants in Russia and Malaysia.

“In Madrid we are acquiring a tortilla plant called Mexifoods. The acquisition has taken place this month and we will soon start operations, allowing us to supply five countries in Europe,” commented Juan Gonzalez, president and CEO of the company.

In Russia, the company is opening its first plant in Moscow which will be operational by the end of 2015, while production will start at a second facility by the end of 2017. “Outside Europe, I believe Russia is a very promising country since we have already had positive results there” Mr Gonzalez added.

Aside from Russia, Gruma is also looking to build a plant in Malaysia to supply the Asian market by the end of 2015.

Mexico: Gruma plans to expand to Europe and Asia - Gama