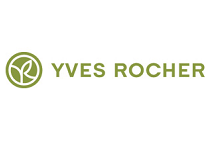 Yves Rocher, the leading French manufacturer of natural health & beauty products, has revealed that it intends to establish its first dedicated outlets in Brazil, with 10 stores to open by the end of 2014.

Speaking to a French website, Arnaud Williart, the company’s Director of Africa, Middle East & Brazil said that the firm would take an approach of  “humility but determination” in accessing the world’s third largest cosmetic market. He commented: “Undeniably, it is a market where there is a very strong affinity for Cosmetique Vegetale and Yves Rocher – a brand whose actives come from the botanical world and whose efficacy is confirmed by science – has all it needs to succeed over there”.

Cosmetics Business reports that Yves Rocher does not currently have a dedicated Brazilian subsidiary but instead operates in the country through a distribution partner. While beginning with wholly-owned stores selling imported products, the company would consider looking to the franchise model popular in the country, and had not ruled out local production, Mr Williart concluded.