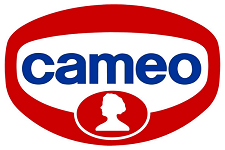 Cameo, which is part of the multinational Dr. Oetker group of companies, put the improved financial performance down to what it called “positive signs in the Italian food market in the face of stagnant consumption” as well as a focus on “quality and innovation”.

“Our objective for 2014 is to continue to improve where the market allows”, commented Alberto de Stasio and Peter Irle of Cameo’s management board. “We will focus on reinforcing our key product lines and make further investments in extending our range through new products that are in accordance with our values. For us, quality is always the best recipe for success”.