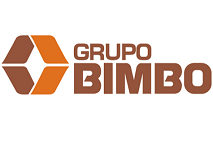 Mexico-based bakery firm Grupo Bimbo has announced the acquisition of Italian Home Bakery, the company’s third Canadian acquisition in just over a year.

In a conference call, the company’s CEO Daniel Servitje said that the deal had been finalised but did not disclose the amount of the transaction.

Toronto-based Italian Home Bakery produces fresh European-style breads and rolls and frozen bread products and its products are sold in foodservice chains and retailers. Manufacturing from a single plant with 100 employees, the company has annual turnover of around C$11 million ($8.5 million). According to a report in Mexico News Daily, the firm is known for experimenting with lesser-used grains such as spelt, amaranth, quinoa and millet.

“The company has one production plant and while small, reinforces our presence and production capacity in this part of Canada and the US”, Mr Servitje added.

This announcement comes after the acquisitions of Canada Bread Maple Leaf Foods and Supan last year, and Saputo Bakery earlier this year. In the past few weeks, Grupo Bimbo has also announced the acquisition of Spanish bakery firm Panrico.