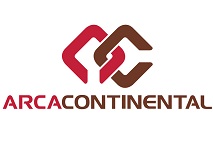 Mexican Coca-Cola bottler Arca Continental has announced that it will build a new production and distribution facility in Houston, TX, USA, through its subsidiary Coca-Cola Southwest Beverages.

In a statement, the company said that the $250 million facility would be the first Coca-Cola production plant built in the US in a decade.

Manuel L Barragan Morales, chairman of the board of directors of Arca Continental, said: “This significant investment confirms Arca Continental’s commitment for the sustainable value-creation in all the markets we serve and is a reflection of the confidence in our company’s ability to continue perfecting its performance, serving its customers with excellence and anticipating the needs of consumers”.

Operations are expected to begin in early 2020.