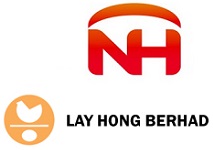 According to reports, the 51:49 joint venture has invested $10 million to build a new factory in Selangor to increase capacity, with the aim of producing 1,000 tons of food monthly by the first half of 2018 and with potential to double capacity depending on demand. It is also expected to produce halal-certified food, such as meatballs and burgers, that could be exported to markets including Singapore, Japan and the Middle East.