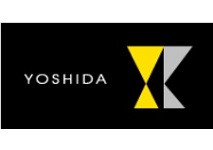 According to Premium Beauty News, the topic of investment has been popular over the past few months, with the company President Yuzo Yoshida now disclosing the information.

Yoshida announced: “The construction of the new factory of the Group has just begun in Ho Chi Minh City in Vietnam, on a plot of 20,000 sqm. The production area will initially be of 3,000 sqm, enabling to host a dozen injection blow moulding machines with a production capacity of three million plastic bottles per month.”

Yoshida has a total turnover of $180 million and currently operates six production sites – four in Japan, one in Tianjin near Beijing, China, and one in Taiwan. The group employs approximately 1,100 people and is said to be still focused on its domestic market, which accounts for 80% of its turnover. The group also has two sales offices overseas, one in New York and the other near Paris.