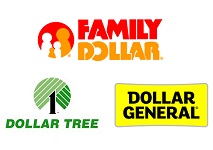 In a further development in the battle to acquire discount retailer Family Dollar, General Dollar has had an all cash tender bid of $9.1 billion for the company turned down.

And Family Dollar, which had already agreed terms on a $8.5 billion takeover by smaller rival Dollar Tree, has urged shareholders not to accept the tender offer from General Dollar.

In a statement, Family Dollar said it considered the offer “illusory and a distraction” because it comes after the announcement of the agreement with Dollar Tree and because “it cannot close on the terms proposed”.  The company also cited anti-trust concerns if the Dollar General takeover were to go ahead, given the two companies are the largest ‘dollar’ retailers in the USA.

Dollar General, however, rejected the accusation. Chief Executive Rick Dreiling argued: “Dollar General has invested significant time and resources in pursuit of this acquisition and remains committed to its successful completion”.