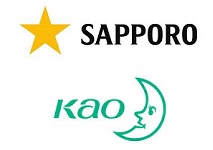 The Consumer Affairs Agency has approved two new beer-flavoured non-alcohol drinks products for sale in Japan, the first products of their kind in the country to be given FOSHU approval.

According to an article in Mainichi, both Sapporo Breweries and Kao Corp have received the necessary approvals to launch FOSHU non-alcohol beer flavoured drinks. Intially deemed to be potentially inappropriate by authorities due to the possible attraction for minors, the products were ultimately approved contingent on the implementation of effective countermeasures, according to reports.

Sapporo is expected to launch its product in March, while Kao is yet to confirm a release date for Healthya Malt Style.