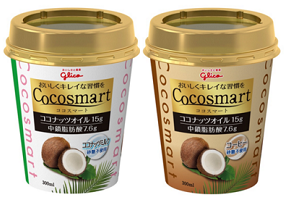 Japanese confectionery company Ezaki Glico, which own brands such as Pocky (Mikado in Europe) and Pretz, has announced a new health drink based on the fashionable ‘superfood’ coconut oil.

Claimed to be an easy way to daily get all the benefits of coconut oil, Glico Cocosmart is described as being made through an emulsification process and contains 15g of coconut oil and 7.6g of medium chain fatty acids. It is described as having a deep, aromatic flavour, unlike coconut milk or coconut water products, and is designed to be consumed between meals.