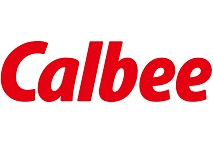 Japan-based international snack producer Calbee has announced a plan to invest ¥2 billion ($17 million) to build a new facility within its existing factory in Chitose city in Hokkaido. The new facility is said to be have built in order to open a new production line for its Furugura brand fruit granola products.

The investment in the new facility will serve an expanding granola market, Calbee said, adding that the move would help maintain Furugura as the leading brand of granola in Japan.

Prior to its latest move, the company invested ¥7 billion ($60 million) to expand two additional product lines for the same brand at the Utsunomiya factory in 2015.

The revamped Chitose city facility, which will be 2,082 sq m in size, will be operational from August 2017.