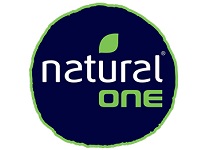 Gavea Investimentos, a Brazilian investment fund, has received approval from regulatory authorities to take a 49.9% stake in fruit juice firm Natural One,  according to a Reuters report quoting a dispatch from the Diario Oficial da Uniao.

It had previously been reported that major global firms including Coca-Cola, Ambev and Britvic were vying to buy into the natural tea and juice producer.