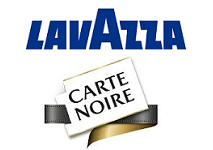 Italian coffee firm Lavazza has entered into an agreement to acquire the Carte Noire coffee brand from Douwe Egberts, according to media reports.

The deal, said to be valued in the region of €800 million (£550 million), follows European commission concerns stemming from the merger of the DE Master Blenders and Mondelez International coffee businesses that created the “pure-play” company known as Jacobs Douwe Egberts.

Announcing the move in a statement, Lavazza said it had offered to acquired Carte Noire in-home roast and ground coffee, filter pads and its Nespresso-compatible capsules business, as well as a production facility in Laverune near Montpellier, France.

If completed, the acquisition means Lavazza “will reach a leadership position in France, the fourth global coffee market and the second in Europe”, chief executive Antonio Baravalle stated.

The purchase of Carte Noire is Lavazza’s latest venture into the French market this year. In January, it was reported that  the firm had made a definitive offer to acquire the French coffee brands L’Or and Grand Mere in a deal reportedly valued at around €600 million euros ($708 million).