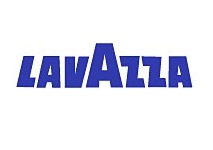 The Italian coffee firm Lavazza Group has made a definitive offer to acquire the French coffee brands L’Or and Grand Mere, according to media reports.

Lavazza has reportedly confirmed its binding offer to the brands’ owners Mondelez and Douwe Egberts Master Blenders, saying they are confident of closing the deal within 2015.

L’Or is the producer of coffee capsules compatible with Nestle’s Nespresso machines while Grand Mere is a brand with a 60 year heritage, producing a range of roast and ground coffee products.

The company did not reveal the amount of the proposed deal, but it is reportedly valued at around €600 million euros ($708 million).

The transaction would require approval by the European Commission and by the unions of Mondelez and Douwe Egberts Master Blenders. The two companies are currently involved in a merger that will create the biggest coffee group in the world, with estimated revenues of $7 billion.