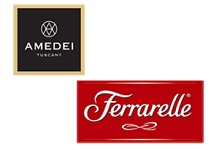 According to sources, the acquisition includes the shares that were bought by the Octupus Europe Limited fund in 2015.

Amedei founder Cecilia Tessieri will retain a 1% stake in the business “in order to ensure continuity in the quality and uniqueness of research that has made Amedei a world-renowned brand for its excellence in the selection and processing of cocoa”, according to a company statement.

Ferrarelle said it would further invest in Amadei’s Pontedera production unit through its “know-how in industrial capacity and commercial organization”, adding that its goal was to develop the brand worldwide through its own distribution channels.