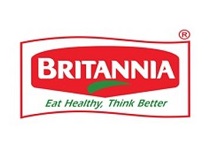 Representing an investment of 1,000 crore INR ($156 million), the plant will be Britannia’s largest and will initially produce biscuits, cakes and croissants, according to Franchise India.

Operations will start in phases, the first including six production lines of biscuits and one line each for cakes and croissants. In later stages, product lines for rusks, flour mill and dairy products may be added.

As a result of the move, Britannia’s annual production capacity is expected to reach 0.12 million tonnes. The facility, which is scheduled to be completed in the next 1 to 2 years, will reportedly also reduce the company’s dependency on outsourcing its product manufacture from 45% to 35% .