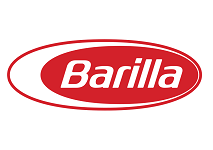 The expansion, which comes after the factory hit its maximum production capacity in December 2016, will allow the manufacture of more than 122,000 tonnes per year across a total area of about 30,000 sq m.

According to a company’s statement: “The expansion plan will be implemented with the aim of reducing environmental impact (-7% CO2 emissions, -9% water consumption and more than 95% waste recycled) and giving an important contribution to local communities”.