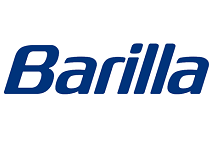 Italian pasta and sauce company Barilla has announced plans to spend €1 billion ($1.18 billion) over the next five years in production, innovation and geographic expansion.

The company said that 60% of the newly announced investment would be geared towards boosting competitiveness and sustainability by improving processes and technologies, while the remainder would support innovation and international expansion.

Among specific projects, Barilla said it intended to invest in its facility near Parma plant, making it “the largest sauce factory in Europe, with the best technology and energy savings standards”.

The firm added that investments in Italy would mainly be focused on asset maintenance and replacement, innovation and on quality and food safety improvements, while overseas investments would be predominantly aimed at expanding production capacity.