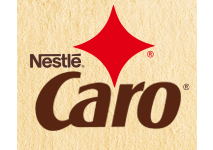 The German arm of Swiss FMCG giant Nestle has announced the closure of its Caro hot drinks factory in Ludwigsburg, according to a report in the Stuttgarter Zeitung.

Sales of Caro coffee alternatives, which are based on grains such as rye, barley, malt and chicory and have been produced at the Ludwigsburg site for over 150 years, have reportedly been falling as consumers switch instead to coffee and coffee mixes.

The move to close the plant follows the axing of Nestle’s coffee and cocoa facility in Mainz, which was announced in early 2016.

Workers at the site, which employs around 100 staff and produced 8,000 tonnes of goods in 2012, were reportedly informed of the decision earlier in the month.

Commenting on the move, a Nestle spokesperson is quoted as saying: “After a careful examination and weighing up of the situation, Nestle has decided to plan for the closure of its Ludwigsburg site by the end of of 2018”.

With the closure of the Germany facility, Caro hot drink production is now expected to shift to Portugal.