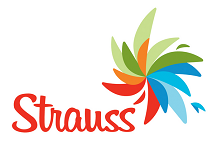 President Gadi Lesin highlighted the Brazilian coffee unit Tres Coracoes as well as Sabra, its US dips joint venture with PepsiCo. International dips is spreads are a relatively new market for the company and current comprises only 15% of turnover, however the sector saw sales up 14.9% on 2012 to 600 million shekels ($172.7 million).

Meanwhile coffee sales, which comprise about half of the company’s turnover, weighed in at 3,944 million shekels ($1,135 million), 82% of which was from international sales.

Total sales for the business in 2013 were comparable to 2012 at 8.1 billion shekels ($2.3 billion). The decrease of 0.5% reflected negative translation differences as a result of continued strengthening of the shekel versus other group operating currencies, the company reported.