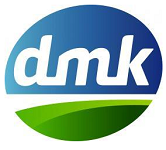 Deutsches Milchkontor (DMK), Germany’s leading producer of milk and dairy products, has reported its 2013 financials revealing that sales have topped €5 billion for the first time.

The rising price of milk is reported by Handelsblatt to be one of the key factors in DMK’s record results, which also saw profit increase from €21 million ($29 million) to almost €41 million ($57 million). Strong exports also contributed to the growth, with sales in Asia up due to rising demand for milk products in the region.

“While worldwide sales are growing, demand in Germany and Europe as a whole is falling. For this reason we need to seek out new markets”, commented DMK MD Josef Schwaiger. “We are adding these new markets successively. Our focus is on international expansion.”

DMK delivers 6.6 billion kilos of milk annually, processed across 28 sites, and has more than 9,800 suppliers.