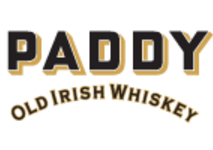 Pernod Ricard has announced that its affiliate Irish Distillers has completed the sale of the Paddy Irish Whiskey brand to the US spirits firm Sazerac.

The global wine and spirits company said that the deal, which was concluded for an undisclosed sum, was in line with its strategy to simplify its portfolio for growth and would also facilitate, among other things, targeted investment in other key Irish Distillers whiskey brands including Jameson and Powers.

Commenting on the deal, Sazerac president and CEO Mark Brown said: “In the global market, Irish whiskey experienced the fastest volume growth in the last five years, outpacing all other spirits categories. Consumers worldwide are seeing it as an alternative to other whiskies. If this deal goes through, we are confident that we will be able to take Paddy to the next level, building on its strong history and roots”.

Irish Distillers will continue to produce Paddy Irish Whiskey at its Midleton Distillery and there would be no impact on roles at Ithe firm, Pernod Ricard added.