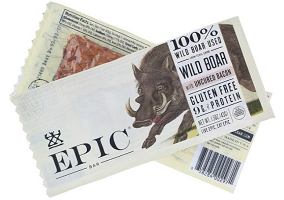 US food conglomerate General Mills, through its recently acquired Epic brand, is announced that it is launching a new line of wild game meat snacks including wild boar and salmon.

Commenting on the launch, Epic co-founder Taylor Collins said: “Epic has always focused on staying ahead of other meat snacks and accomplishing this with unbelievable innovation. The idea to create an entire line of wild game products was in the spirit of using delicious and healthy meats that are widely accessible, but deep-rooted in the history of North America”.

The new products have been launched at Whole Foods Market stores and other natural food retailers in the US.