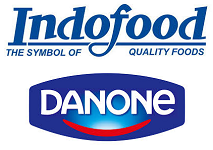 Indofood CBP Sukses Makmur (ICBP), part of the Indofood Group, has acquired a 100% stake in Danone’s dairy operations in Indonesia as it looks to strengthen its own dairy production, according to a report in the Jakarta Post.

The deal includes Danone Dairy Indonesia’s trademarks and industrial design for its top selling product, Milkuat, the company announced. The acquisition, valued at Rp 250 billion ($20.53 million), is expected to be concluded in December, once ICBP meets the necessary regulatory approval.

In a statement, the company said: “The transaction is aimed at increasing our production capacity to meet demand for dairy products in the western part of Indonesia, as well as strengthening our company’s position in Indonesia’s dairy industry”.

The move comes as ICBP looks to bolster its dairy operations after margins fell this year. EBITDA margin in the firm’s dairy unit dropped from 10.1% in the first nine months of 2013 to 4.2% in the same period of 2014, the Jakarta Post reports.