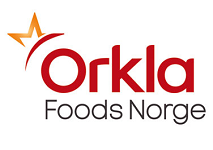 Orkla, a leading supplier of branded consumer goods in the Nordics, has entered into an agreement to sell OJSC Orkla Brands Russia to domestic confectionery producers Slavyanka-Lyuks JSC.

Orkla Brands Russia is an established confectionery producer in Russia, with local brands such as Krupskaya, SladCo and Pekar. The company was established in February 2011 through the merger of SladCo and Krupskaya, which have been part of Orkla since 2005 and 2006, respectively.

“Orkla has executed a comprehensive restructuring in Orkla Brands Russia over the last couple of years. The company is now well positioned for the future, but we believe that other owners are better positioned to further develop and support the company’s operations”, said Peter A. Ruzicka, President and CEO of Orkla ASA.

The details of the agreement, which is subject to approval by the Russian competition authorities, has not been disclosed.

According to the company, Orkla’s Russian branded nuts company Chaka and separate real estate assets in St. Petersburg and Yekaterinburg are not part of the transaction.