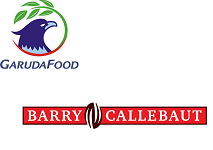 Barry Callebaut and GarudaFood have announced the signing of a long-term chocolate outsourcing agreement in Indonesia.

Under the terms of the agreement, Barry Callebaut will supply 10,000 tonnes of compound chocolate per year to GarudaFood’s biscuit factory in Gresik, the companies said. It will also take over some of the manufacturing equipment from GarudaFood and set up its operations in a new factory building on the site.

Through joint R&D activities the two companies will develop new products that will support GarudaFood’s further growth in the Indonesian market, the firms added in a statement.

“Partnering with the GarudaFood Group not only allows us to team up with a leader in one of the most vibrant economies in Asia Pacific but also to gain a strategic foothold in an emerging market that offers further significant growth potential” commented Juergen Steinemann, CEO of the Barry Callebaut Group.

The deal, which represents Barry Callebaut’s first chocolate outsourcing agreement in Southeast Asia, will be implemented from mid 2016. No further terms and conditions have been disclosed.