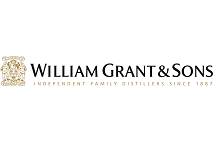 William Grant & Sons, one of the world’s leading whiskey producers with a turnover of more than $1 billion, is planning to introduce three new brands in India to increase its market share in the imported whiskey segment, according to a report in the Economic Times.

In addtion to its current portfolio, the company is said to be seeking to expand its portfolio with the Monkey Shoulder, Tullamore Dew and Sailor Jerry brands in the next two to three years.

With its current brands – Glenfiddich, Grant’s and The Balvenie – the company holds 10% market share in the segment and intends to double this over the next 10 years. According to reports, the whisky market in India stands at around 200 million cases, of which imported whisky constitutes only around 2 million cases, offering growth opportunities for foreign spirit producers.

Speaking about the plans, James Pennefather, General Manager India at William Grant, said “India is a very important market and long-term opportunity for us and we want to grow organically here and bring more imported brands. As the market is extremely competitive, we have to highlight the distinctness and quality of our products. Apart from usual sales and marketing, we are also undertaking social media campaigns.”

“We are right now focusing on big cities, metro cities”, he added. “But then as we grow we will also go to tier II and tier III cities. At present, the company’s strategic vision is to expand its growth in the emerging markets and out of them India is one of the most exciting destinations”.