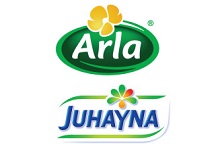 Juhayna is a major producer of UHT milk, yoghurt and juice but has a “very limited production” of butter, cheese and cream, Arla said in a statement. Arla has specialised in these categories across the Middle East and Africa, the company added.

Rasmus Malmbek Kjeldsen, senior vice president for the Middle East and Africa, Arla Foods, said: “It’s a very good match for both parties”, adding: “Juhayna has a nationwide distribution network, and we are not competing within the same product categories. Together we now get a broader product portfolio, which strengthens the business of both parties”.

Arla owns 49 per cent of the new joint venture company, ArJu Food Inudstries, and will be in charge of managing the business.

With ArJu Food in place, sales operations are scheduled to begin in October 2015. Arla said it expected its revenue in Egypt to exceed €90 million ($98 million) in 2020.