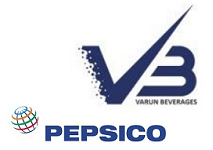 Varun Beverages, PepsiCo’s Indian bottling partner, is set to acquire PepsiCo’s company-owned bottling, sales and distribution operations in the south and west regions of India, according to a report in the Economic Times.

Varun Beverages is already the franchise partner for PepsiCo’s bottling operations in the North and East, having acquired those divisions in 2014. The latest acquisition, the value of which is said to be between 24 and 27 billion INR ($340 and $380 million), will give the company national franchise ownership of PepsiCo’s India bottling operations.

The Economic Times quotes a company official as saying the size of the business is is about 130 million cases of carbonated soft drinks, plus water. Under the terms of the deal, it is reported that PepsiCo will continue to own the brand name and sell concentrates to franchisees, who will operate the sales and distribution.

The deal is part of PepsiCo’s strategy of divesting its bottling operations globally to operate asset-light businesses across world markets, the news agency added.