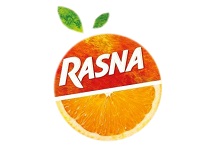 Fruit based concentrate maker Rasna has unveiled its plans to set up a new plant in the Chittoor district in Andhra Pradesh, the firm’s 10th in India but the first in the south of the country.

The company said its new production facility would be especially built to focus on strengthening market share in the powder drink segment in southern India.

Delivered through an investment of 60 crore INR ($9.12 million), the new plant will reportedly have capacity to produce 1 billion glasses of Rasna’s new fruit-based powder concentrate product Rasna Insta, as well as fruit squash.

Rasna chairman and managing director Piruz Khambatta is quoted as saying that it was “looking at the plant catering only to the domestic market” followed by the potential of “exporting to Far East, South East Asia and the Middle East markets from the plant”.

Source: The Times of India