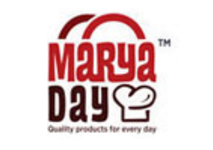 Marya Day Agro Foods, a producer, distributor and exporter in the food, personal care and household industries in India, has opened its first four retail stores in the country since June 2016 and plans to open 100 more by the end of next year, according to a report in Progressive Grocer India.

Marya Day has opened stores in Aligarh and Bareilly in quick succession after making its debut in June 2016. The company now plans for its network to reach three figures by the end of 2017.

Designed to cater to the Indian market through a private label strategy, Marya Day will only stock products under its own brand of the same name, according to sources. This will reportedly allow the company to have more control over aspects such as product assortment, prices and margins.

According to Progressive Grocer India, the company’s brand comprises almost 2,000 products that are produced in its facilities of Bareilly in Noida, and are distributed to 19 states in India and also to overseas markets.

Promising “quality products with the best prices”, Marya Day Agro Foods is targeting a turnover from the India market of 100 crore INR ($15 million) by the end of 2017.