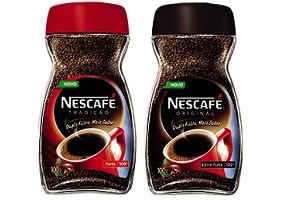 The Brazilian arm of FMCG giant Nestle has released new dual filtration technology for its Nescafe instant coffee that reportedly ensures that only the best flavours end up in each cup of coffee.

According to an article in Revista Alimentos e Bebidas, the concept is unprecedented in Brazil and allows the consumer to experience a coffee that is less bitter and has a more intense flavour, since the double filtration removes all but the most pleasant-tasting notes.

The new flavour filtering process, which is already said to be already operating in the Nescafe plant in Araras (Sao Paulo), includes a pre-extraction system that allows for the essence of the coffee beans to be preserved through the means of a filter that removes more volatile particles from the solid bean. In addition, the product is also said to undergo a second stage of processing that removes unwanted gaseous aromatic compounds.

The new concept has been launched in varieties called Original and Tradition and is now available throughout Brazil.