India: Britvic to enter the market with Robinsons Fruit Shoot 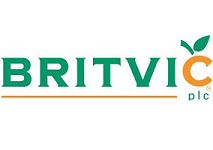 Britvic, the British soft drinks company, is set for expansion into Asia by launching its products in 25,000 stores in India over the next three months, the Economic Times reports.

Britvic will reportedly begin by introduced its top-selling product Robinsons Fruit Shoot in ten Indian cities to compete with local company Dabur’s Real brand of fruit juice. It is said to be in conversations with both independents and large retail chains to promote the brand launch. Britvic is also planning to expand to other Asian markets by the end of the year.

Simon Stewart, Britvic International managing director, commented: “There’s opportunity to develop our brands in India because of the accelerating middle class and also because the kids’ drinks category has not seen much innovation and is largely driven by tetrapacks.”