India: Bisleri to expand in the soft drinks space 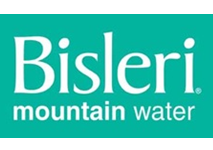 Mineral water firm Bisleri International is set to expand in the competitive soft drinks space in early 2016 with a new range of flavoured products, according to reports in ET Retail and The Hindu BusinessLine.

The new launch will be made available in lemon, spicy, mango and pina colada flavours and is set to be manufactured in at least five different locations, the company said. The expansion is part of a plan to reach a turnover of around $300 million by 2020.

Bisleri international director RK Garg commented: “Bisleri, as a company by 2020, should be more than 2,000 crore INR. The growth will come with expansion of business (into new areas) such as soft drinks. We have plans to launch soft drinks in early 2016. For expansion of the company, we have to diversify. We were in that business for a long time and now we are coming in that with different flavors”.

Although Bisleri is growing at a rate of 20-25% and has current turnover of 700 crore INR ($105 million), it derives only 10% of its revenue from outside the bottled water category.  In a bid to diversify, the company has also recently entered the energy drinks space with the brand Urzza.

India: Bisleri to expand in the soft drinks space - Gama