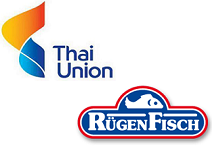 Thai Union, the world’s largest shelf-stable tuna processor, has announced that it has entered into an agreement to acquire a majority stake in the German firm Rugen Fisch.

Based in north-east Germany, Rugen Fisch supplies ambient and chilled fish including herring, mackerel and salmon across Germany under key brands such as Rugen Fisch, Hawesta, Ostsee Fisch and Lysell, and also has a significant private label business. The company currently generates revenue in excess of €140 million ($153 million).

Thai Union president and CEO Thiraphong Chansiri, commented: “Germany is one of the largest seafood markets and part of our strategic pillars for growth in Europe. Through this partnership with Rügen Fisch, Thai Union becomes a market leader in Germany and further strengthens its position as one of the European seafood leaders”.

Berthold Brinkmann, chairman of the advisory board of Rugen Fisch, added: “Rügen Fisch is known for its strong brands and traditional heritage. We firmly believe that due to our high product quality, modern production facilities and successful distribution network with German retailers, we are the ideal partner for Thai Union. Together we have founded a strategic partnership which will allow for the establishment of innovative tuna products in the German market, aided by the extensive knowledge and experience of Thai Union”.

The deal is expected to be completed by the end of January 2016 subject to merger clearance in Germany. Financial terms were not disclosed.