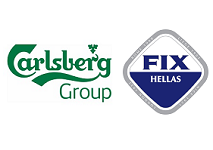 Denmark’s Carlsberg Group has set out to strengthen its position in Greece through a merger with Olympic Brewery, the third largest brewer in the country.

“The Greek market offers interesting opportunities,” Carlsberg  CEO Jorgen Buhl Rasmussen commented. “The merger with Olympic Brewery and the creation of a strong number two player in the Greek market represents a step-change for our local business and we are very excited about the prospects for the merged company”.

Carlsberg will own 51% of the combined company and the current shareholders of Olympic Brewery will own the remaining 49%.

No financial details have been disclosed, but Reuters reports that with a market share of around 29% the combined entity will become the number two in the Greek beer market after Heineken.