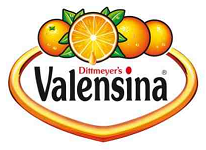 Valensina has denied recent reports in the media linking the company with a takeover bid, Lebensmittel Praxis reports.

Valensina, which manufactures and distributes fresh and ambient fruit juices, has sought to quell rumours linking the company with a sale, insisting that the business was instead looking to find a strategic partner to facilitate expansion and development. In a recent announcement the company had commented on “significant increases in sales volumes, revenues and earnings”.

The company did not deny that one area of its portfolio was slated for sale, it was reported. As part of a long-standing strategy, the company was looking to strengthen its market position by focusing on its core Valensina brand. To this end the company had made no secret of its desire to divest its Hitchcock brand and this remained up for sale, it said.

It was further said that recent speculation about the imminent sale of Valensina had led to increased uncertainty among investors.