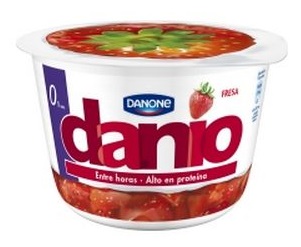 Danone has launched Danio, a new creamy yogurt snack for the Spanish market targeted at 25 to 39 year old consumers.

The new snack is described as a layer of fruit mixed topped with natural yogurt and is available in the varieties Low Fat with Blueberries, 0% with Strawberries and 0% Passionfruit varieties. The price for a 150g pack is €1.00.

Danone Iberia marketing director Juanjo Saez-Torres commented: “Danio is targeted at a group that Danone has not previously focused on: Generation Y. Born between the late 70s and the 90s, these young people live in the moment and are looking for a healthy and consistent snack to eat between meals.”

The snack was rolled out in Europe following its success in the American market, Danone says. It was launched in 2007 and is said to have claimed 40% share of a market worth over $7,000 million.