Germany: Henkel in the running to acquire Wella from P&G – reports 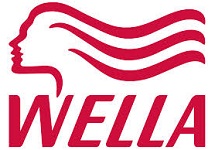 Household and personal care company Henkel is said to be contemplating a bid to acquire the Wella division from P&G, according to an article in German newspaper Handelsblatt, quoting Reuters.

Last November, Reuters reported that P&G was exploring options to offload its Wella business, which is valued at around $7 billion. A move to divest the Wella unit would be in line with P&G’s stated intention to streamline its business in order to focus on a smaller number of core brands.

Handelsblatt notes that Henkel has up to €4.5 billion ($4.9 billion) set aside to finance future acquisitions and has also announced a willingness to issue more shares for the same purpose.

Aside from Henkel, major health & beauty players including Unilever, Revlon and Coty are also reportedly considering tabling bids for Wella.

Henkel has reportedly declined to comment on the speculation.

Germany: Henkel in the running to acquire Wella from P&G - reports - Gama