Germany: Gerolsteiner sales increase by 5% in 2014 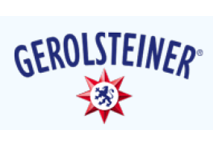 Gerolsteiner, the leading German mineral water company, has reported an increase in sales in 2014 of 5%, according to a report in the Frankfurter Allgemeiner.

The company recorded that total revenue for the year rose to €235.3 million ($267.7 million), while sales volumes also increased 3.7% to 6.6 million hectolitres.

Axel Dahm, general manager of Gerolsteiner, commented that it had been “a satisfying year”. The company had seen sales growth over a period of four years and this was expected to continue in 2015, he added.

The increase in sale and volumes over the course of the year was down to “growing health and quality awareness among consumers”, Mr Dahm commented. An increasing number of consumers now understood the importance of a healthy diet, he said.

Export sales increased by 3.2% due in particular to increased demand for the company in the USA, Mr Dahm reported.