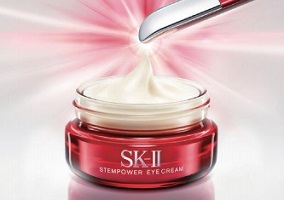 FMCG multinational P&G is launching a new eye care product for the East Asian market, according to media reports.

Released as part of the the premium SK-II skincare line called. the product features a special applicator called a ‘magnetic wand, which is claimed to be a “first-in-the-world device that revolutionizes the concept of eye care”.

According to the manufacturer, the wand is created using  “tri-magnetic technology”, exclusively developed to be used with SK-II’s Stempower Eye Cream that is also included in the kit.

Promotional material further describes how the “innovative bi-polar magnetic micro array targets and pushes the key ingredient of Stempower Eye Cream into the skin with three times greater absorption than just using your finger”. Using the cream and the magnetic wand together delivers “visible reduction of fine lines around the eye after just 10 days” and provides “efficacy and faster results for beautiful, younger-looking eyes”, according to P&G.

The kit, available as limited edition from January 2015 in countries including Japan, Singapore and Malaysia, comprises the eye cream (15g), one magnetic wand and a tray.