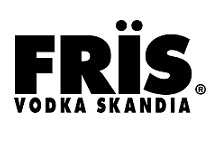 Pernod Ricard, the global wine and spirits giant, has announced that it has sold its Fris vodka brand to US spirits firm Sazerac.

Describing Fris as a standard vodka selling 250,000 9-litre cases in the USA each year, the French firm said that the divestment was “in line with the Pernod Ricard strategy to focus on its priority spirits and wines brands”. According to sources, Fris came into Pernod Ricard’s portfolio as part of its acquisition of V&S Group in 2008.

The Fris deal is the second between Pernod Ricard and Sazerac this year, the latter acquiring the former’s Paddy Irish Whiskey brand in May. It also marks the latest acquisition for New Orleans based Sazerac, following on from its purchase of the Southern Comfort and Tuaca brands from Brown-Forman in January.