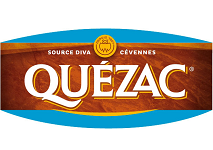 Nestle Waters has received an offer for the purchase of its subsidiary Nestle Waters Supply Center that operates the source of Quezac mineral water in France, according to a report in LSA.

The purchase offer for the Quezac source, which is located in Ispagnac, Lozere, has been made by entrepeneur Eric Besson.

The mooted sale of Quezac  – which is fifth in its category and has volume sales of about 80 million bottles per year – is said to be part of a broader strategy by Nestle Waters  to refocus on international bottled water brands such as Perrier and San Pellegrino as well as national brands Contrex and Vittel.

Mr Besson’s proposal is said to include the re-positioning of Quezac as a high-end brand, developing a new glass bottle for distibution in restaurants and bars and developing a sales force to expand supermarket distribution.

The sale proposal was made on the 30th April and is said to be subject to an advisory procedure lasting a maximum of 2 months.