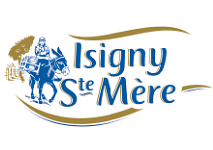 Isigny Sainte Mere, a French dairy cooperative manufacturing products such as cream, butter and cheese, has announced a further investment in its infant formula capacity to meet demand from emerging markets.

The Normandy-based dairy processor said it would be investing €60 million ($74 million) in the new facilities, which will see a fifth drying tower installed at its manufacturing site at Isigny-sur-Mer. The expansion will add 120 new jobs and additional capacity of 25,000 tonnes per year.

The move comes as Isigny Sainte Mere sees heightened demand for its infant formula products from Far East markets, most notably China. In 2015 it partnered with the Chinese firm Biostime to construct two drying towers at its production site, with a third of production from these facilities now exported to China.

“We have seen strong demand from our customers for powdered infant formula, particularly from export markets which represent 80% of our sales in this category”, commented Isigny Sainte Mere managing director Daniel Delahaye. “We have clients in Asia (and not only in China) as well as in Europe and the Middle East”.

Growth in infant formula helped Isigny-Sainte-Mere boost its top line by 30% in the past year, with the firm posting €373 million ($463 million) in revenue for 2017.