France: Danone said to be considering sale of Yakult stake 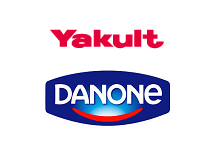 French food and drinks group Danone is said to be mulling the sale of its stake in the  Japanese firm Yakult Honsha Co., according to a report from Bloomberg.

Internal discussions have taken place at Danone to sell the company’s 20% stake in the fermented drinks company, Bloomberg’s source reports, although no final decision has yet been taken. Yakult’s current market value is about 1.1 trillion yen ($9.4 billion), making Danone’s stake in the business worth about $1.9 billion.

Any such move would end Danone’s 10-year alliance and would free up cash that could be used for acquisition targets. One such target might be US baby food manufacturer Mead Johnson Nutrition Co. according  to Bloomberg, quoting “a person with knowledge of the matter”. The market value of Mead Johnson is said to be $20.5 billion.

Neither Danone or Yakult have commented on the speculation.