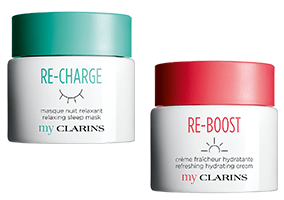 Clarins, the French toiletries giant, is launching a new brand of natural toiletries in France and the UK under the My Clarins brand.

According to a report in Cosmetics Business, the new line will target the 18 to 29 year old age bracket and will initially consist of nine products. Available from January 2019, the range is said to consist of formulations that are mostly 88% of natural origin and vegan, and is described as coming in recycled packaging.

Clarins follows other major companies in the health and beauty space in foraying into natural beauty care in 2018. In June, L’Oreal announced the launch of its organic brand La Provencale Bio for the French market and acquired the German firm Logona, while Henkel followed up in July with the launch of the NatureBox brand. Unilever, meanwhile, acquired a majority stake in Italian plant-based business Equilibra, and, in August, Johnson & Johnson acquired natural medicine business Zarbee’s.