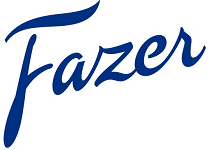 Fazer, the leading Finnish food group, has announced multiple changes to its manufacturing operations in its home market, with the opening of a new plant-based foods factory and the possible closure of another facility making pre-packaged bread.

The firm is investing €40 million ($46 million) to construct a new plant-based foods plant in the city of Lahti, in a move Fazer said would strengthen its position “as a forerunner in value added grain-based products”. “Consumers are increasingly interested in plant-based solutions, and sustainability is a constantly growing trend”, the firm added, noting that the new Lahti site would support its bid to “transform into a modern sustainable food company” and target further expansion in Northern Europe and selected international markets.

Separately, Fazer also announced its plans to close a bakery in Oulu and transfer operations to other sites. The firm cited a decline in consumption of pre-packed bread as the reason for its closure, claiming that, in parallel, the popularity of its in-store bakeries was increasing.