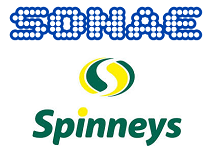 Portuguese retail and telecoms conglomerate Sonae is reportedly in talks to acquire Egyptian supermarket chain Spinneys, which is currently owned by Abraaj Group.

According to an article in Jornal De Negocios (citing Bloomberg), the owner of the Continente chain is in negotiations with Abraaj Group over a potential deal that would reportedly be concluded with  a local partner.

Abraaj Group is also said to be negotiating the sale of Spinneys supermarkets in Lebanon, in this case with Majid Al Futtaim, which operates the Carrefour network in the Middle East region.

The combined value of the two operations is estimated by Bloomberg to be around $200 million.

Sonae’s reported interest in the acquisition of the Spinneys banner in Egypt is said to follow an abortive effort to bring the Continente supermarket chain to Angola.

No final agreement between Sonae and Abraaj Group has yet been announced.